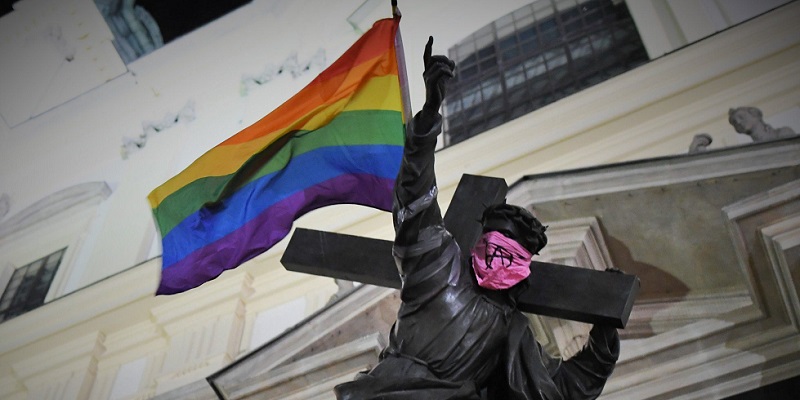 The Anarchist Federation would like to express solidarity with Polish collective Stop Bzdurom (“Stop Bullshit”). Stop Bzdurom is a radical, feminist queer collective based in Polish capital Warsaw. They are on the forefront of the fight for queer rights in Poland: a country which took a sharp turn towards anti-LGBTQ+ sentiments. The collective is known for organising a number of direct actions in the fight for queer rights and are now facing repressions, persecution and possible prison sentences. You can find more info about it by following @stopbzdurom on twitter. Freedom News also reported on it.

The AF believes Stop Bzdurom needs international solidarity and material support in this difficult situation. At present, the most pressing issue is to help them to raise funds for legal defence. As such, the AF will be donating £250 to their fundraiser and are urging those who are able to donate as much as they can. The link to the fundraiser is here.

The lives of queer people in Poland have never been easy and the community always faced high levels of bigotry, prejudice and straightforward violence. The anti-LGBTQ+ actions in Poland are largely fuelled by the country’s far-right government and the Catholic Church.

Recently, the president of the country Andrzej Duda has run (and won) an electoral campaign based primarily on scaremongering and scapegoating of queer people, going as far as to publicly declare that LGBTQ+ people are “not people, but an ideology”. The actions of Polish government have horrifying impact on the lives of LGBTQ+ people. As internationalists, the AF wishes to declare their unconditional solidarity and support to the Polish queer community We would like to invite other groups to support this statement too.