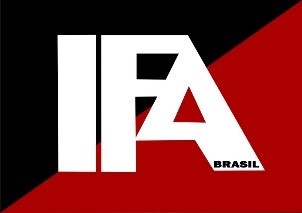 Between 8 and 11 September 2022, the 5th General Anarchist Forum (5FGA) took place in Cariacica – Espírito Santo – Brazil. After three years without performing it, we returned with joy and success to meet and work. The FGA is itinerant. This year we had four days with conferences, thematic tables, discussion groups, thematic groups, short courses, artistic activities and final plenary. Itinerancy confirms to be needed and important within a continental country such as Brazil.

The theme of the 5th FGA was: “Anarchist Roots: experiences and popular struggles”. It is the result of our reflections, practices, memories and histories of anarchism, of the various social movements, of the political conjuncture in Brazil and in the contemporary world.

After days of conversations and exchanges between participants, groups and organizations, we concluded our work with a plenary session where we deliberated the following indications:

1. Solidarity and support to Yrexakã-São Paulo village in the construction of a school. Approved by consensus. Pending project and budget. After completion we will propose also the project for international support.

2. Solidarity with the struggle of Quilombo Sapé do Norte, propaganda, support in anarchic agroecology, international demonstration against agribusiness, funding for ‘agroecology guerrilla strategy’, space of experience (agroecology, sport, permaculture, agroecological construction, social and political formation). Support and solidarity in the construction of a space of experience, experimentation and social-political formation in Sapé do Norte. Approved by consensus. Pending project and budget forwarding. After completion we will propose also the project for international support.

3. An annual direct action of IFA against companies and governments that destroy the environment and directly affect the exploited and oppressed populations from Latin America. Approved by consensus. Pending the creation of a commission.

5. Declaration of support and solidarity to FAIt anti-war manifesto: approved by consensus.

6. Manifesto of the Anarchist Federation Capixaba (FACA) and their adhesion to IFA-Brazil. Approved by consensus. Pending statutes of the organization.

Evaluation: the Forum was positively evaluated by all participants. Several participants saluted the resumption of the FGA and acknowledged the local organization for the reception. The programme  was fulfilled almost in its entirety, with 5 tables taking place, 8 thematic groups and 4 courses, 2 rounds of conversation, the launch of FAI-Italy anti-war manifesto, the Plenary. After days / nights of intense work we fraternized and experienced Ciniclube Ambiental, DOC. Yrexakã Village, theatre play Elections, with Grupo de Teatro Motin. We acknowledge the support of Sindtrages for lending us their locals.

Finance: the FGA was guaranteed by the work of more than a dozen comrades. We produced t-shirts worth 50 R$ with the logo of the 5th FGA. We counted on the contribution of all participants for the amount of 20 R$ and received donations from organizations, movements and collectives.

We add the following documents:

2 Manifesto of foundation and adhesion of the Capixaba Anarchist Federation – FACA.

The plenary session of the 5th Anarchist General Forum, after knowledge and debate of the Anti-War Manifesto issued by the Italian Anarchist Federation referred to the War between Russia and Ukraine, states:

We, Anarchists Capixabas, inhabit this medieval state that was marked by the white homes of colonizers who named our territory Holy Spirit – these same cannibals of profit, and capitalism.

This organization is born for struggle and resistance, in the sea, in the air, in factories, in the fields, in the outskirts of cities, in the forests, in the rivers, always against the mining and polluting industries, oil companies, agricultural business, armamentists, and everything and everyone who hurts the principle of well living. We will fight capitalism, the state and its tentacles, to end with man’s exploitation of man.

We will fight together side by side with the indigenous and maroons and with the exploited and oppressed for the recovery of their territories and their right to land!

Our Federation draws from the anti-authoritarian and libertarian source, taking inspiration in indignation and revolt, as well as in the popular struggle for better living conditions.

Our organization rises from the Anarchist ideal with pillars based on solidarity, mutual support, self-management and anticapitalism, and also on the struggle for a territory free from the evils of the infamous global capitalist model.

And in this context, we recall that the anarchist movement here, in the lands of Espírito Santo, began in the early 20th century, thanks to workers employed in the railway of Cachoeiro de Itapemirim, promoting strikes and anarcho-syndicalist organization. The long Brazilian dictatorships almost extinguished the movement. However, in the late 1970s, anarchism restarted to permeate this land with a cry against all exploitation and oppression and also against the bourgeois monotony in the territory of Espírito Santo.

Since then, the capixabas took the streets, and among students and punks the movement took new strength, while the need for organization was understood. We draw upon 40 years of actions of the most diverse kind, and today we continue to walk the anarchist path in search of a free territory where life is valued. Throughout our career we have carried out strikes, radio programs, fanzine productions, newspapers, booklets, poetry, fine arts, musical bands, meetings, study groups, exchanges, anarchist forums, parties, demonstrations, acts of protest in May 1st and September 7th, campaigns for no vote, theatre groups, film clubs, workshops, Esperanto courses, participation in indigenous brigades and fights for the quilombola territory, urban occupations, anti-racist campaigns, confrontation and fight against fascism, among many other struggles that we have fought throughout our history.

This all makes us reflect and act; and today 11/09/2022, within the Anarchist General Forum, we started our newest tool of organization and struggle, the Capixaba Anarchist Federation (F.A.C.A). We are willing and ready to resist, joining those who fight for social transformation, breaking paradigms and bourgeois, statist, capitalist and authoritarian dogmas.

Thus, we understand the need to organize ourselves in Brazil and globally, so we request to join the Federalist Anarchist Initiative – IFA Brazil, associated with the International of Anarchist Federations.

With all the exploited people, women, children, the elderly and minorities, we will walk side by side with the black flag wielded to fight.