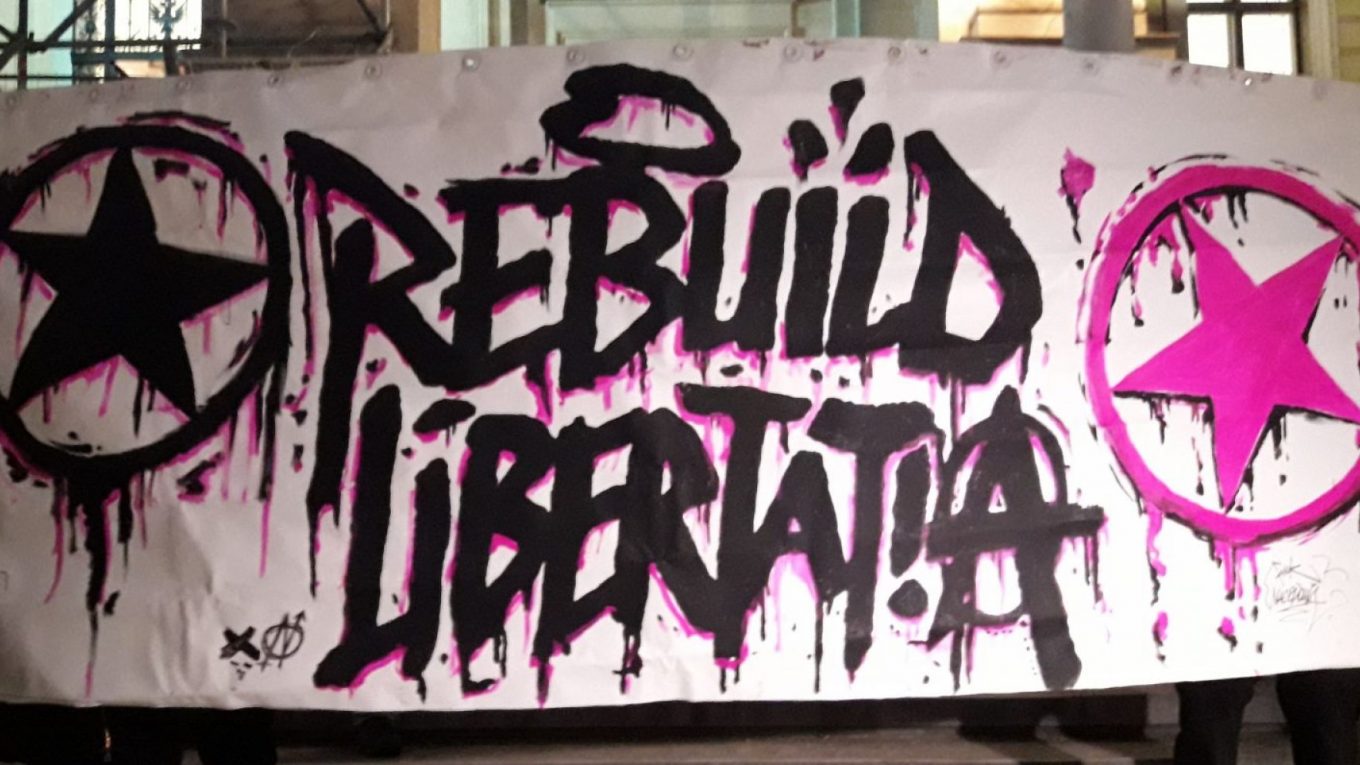 Libertatia squat, active since 2008 in Thessaloniki, Greece was the target of a fascist mob on 21st January 2018. On that day, nationalistic fervor in Thessaloniki was at its very peak, with a very large demo taking place against use of the name Macedonia for the neighboring state. Since the fascist arson attack, a decision was made to repair the burnt building, continue the struggle for housing and at the same time make a solid statement against fascism

To financially support the project a online radical fundraiser has now been set up: https://www.firefund.net/rebuildlibertatia

In order to continue the rebuild project, comrades are in need of additional funding from others, especially during this lockdown, as it has been impossible to organize any fundraising actions as would normally happen (concerts, financial support bars. etc). Funding the rebuild-project is twofold: the cost of the reconstruction itself, and also for legal defence of comrades being accused of involvement in the Libertatia struggle.

Support is requested to complete the project. Rebuilding Libertatia is a great challenge, not only for those directly involved, but for all people in the struggle against any form of fascism and capitalism. This process in itself and its ultimate success will be one more piece of proof that we can live and create without the interference of State, Capital and Authority. It is a battle that has to be won and will be won.

This solidarity blog on the IFA website is based on the text of the fund-raiser webpage, created 25th April 2021.

Read more about anarchist in Greece and calls for solidarity on our member federation website in Greek, English and other languages: https://apo.squathost.com/categoryinternational/