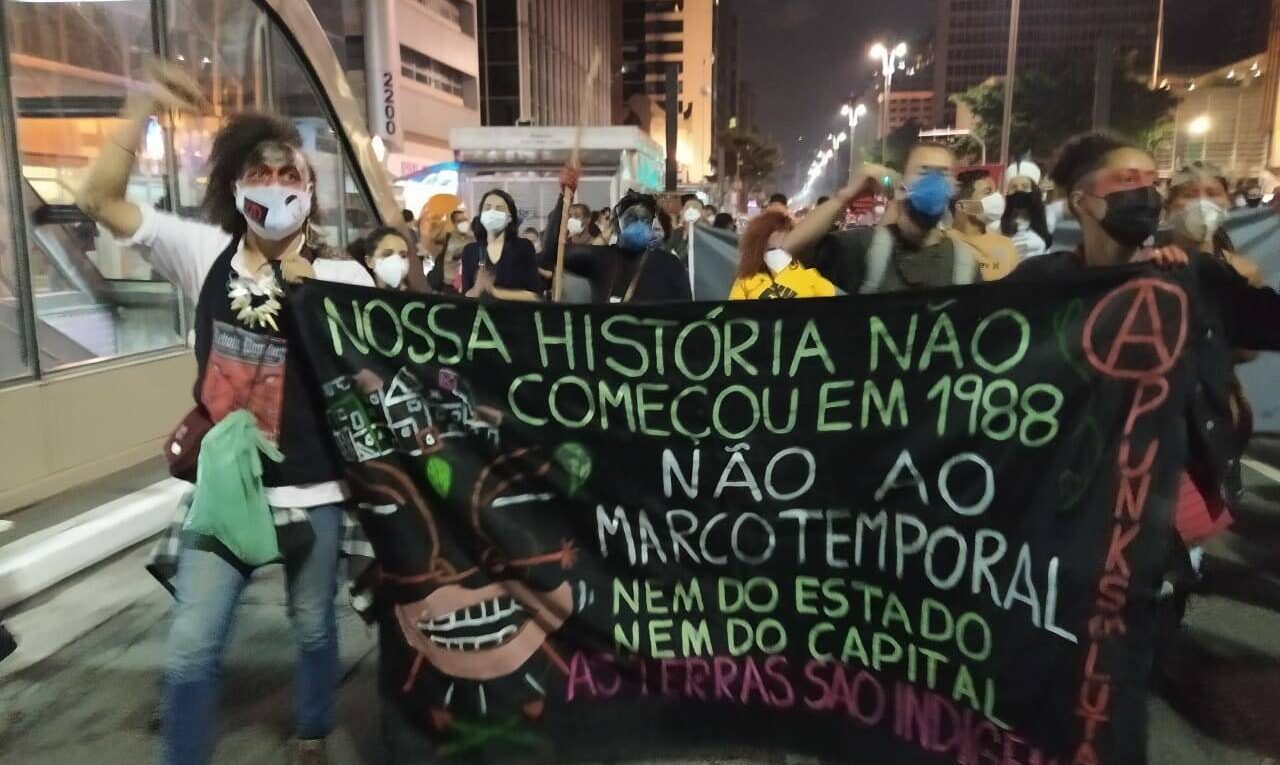 IFA-Brasil were present this weekend at the demonstration against Bolsonaro and against Genocide throughout the territory controlled by the Brazilian state. Together with the group of Indigenous Resistance, we were in the Anarchists and anarchopunks linked to the Aurora Negra Collective (IFA-br), the Anarcopunk Resistance Collective Flechascruzes and CCS Vila Dalva. Together in an independent bloc against oppression, for freedom and popular self-organization. More than 100,000 people closed the streets of São Paulo. The demonstrations took place throughout Brazil.

Banner text: Nossa história não comecou em 1988 não ao Marco Temporal. Nem do estado, nem do capital. As terra sao indigenas- Punks en luta. Translation: Our history did not begin in 1988, not at the ‘cut-off date’. Neither state nor capitalism. The lands are indigenous – Punks in struggle.

Note: Brief explanation of ‘Marco temporal’ on the banner: During the Temer presidency, it was recommended that all government departments, including Funai (indigneous agency), should accept the so-called ‘marco temporal’ — a cut-off date fixed at 5 October 1988, the day that Brazil’s most recent constitution was proclaimed. According to this, no indigenous group would be able to claim land they were not occupying on this particular date. In fact, more recently, Bolsonaro tried to abolish the Funai and bring it into the Ministry of Agriculture but this was opposed by the Brazil National Congress in 2019.